While the node takes care of a chunk of setup, it fails to take care of all the blinking / bias movement (bias of the blink between the upperLid and lowerLid positions)

So really the entire setup needed to be built in such a way that allowed me to consider those two requirements being created ON TOP of the underlying eyelid node network.

So looking at the pretarsal (the lip of the eyelid) this is the main area that moves the lid around.

This image shows the core network for the main lid control; 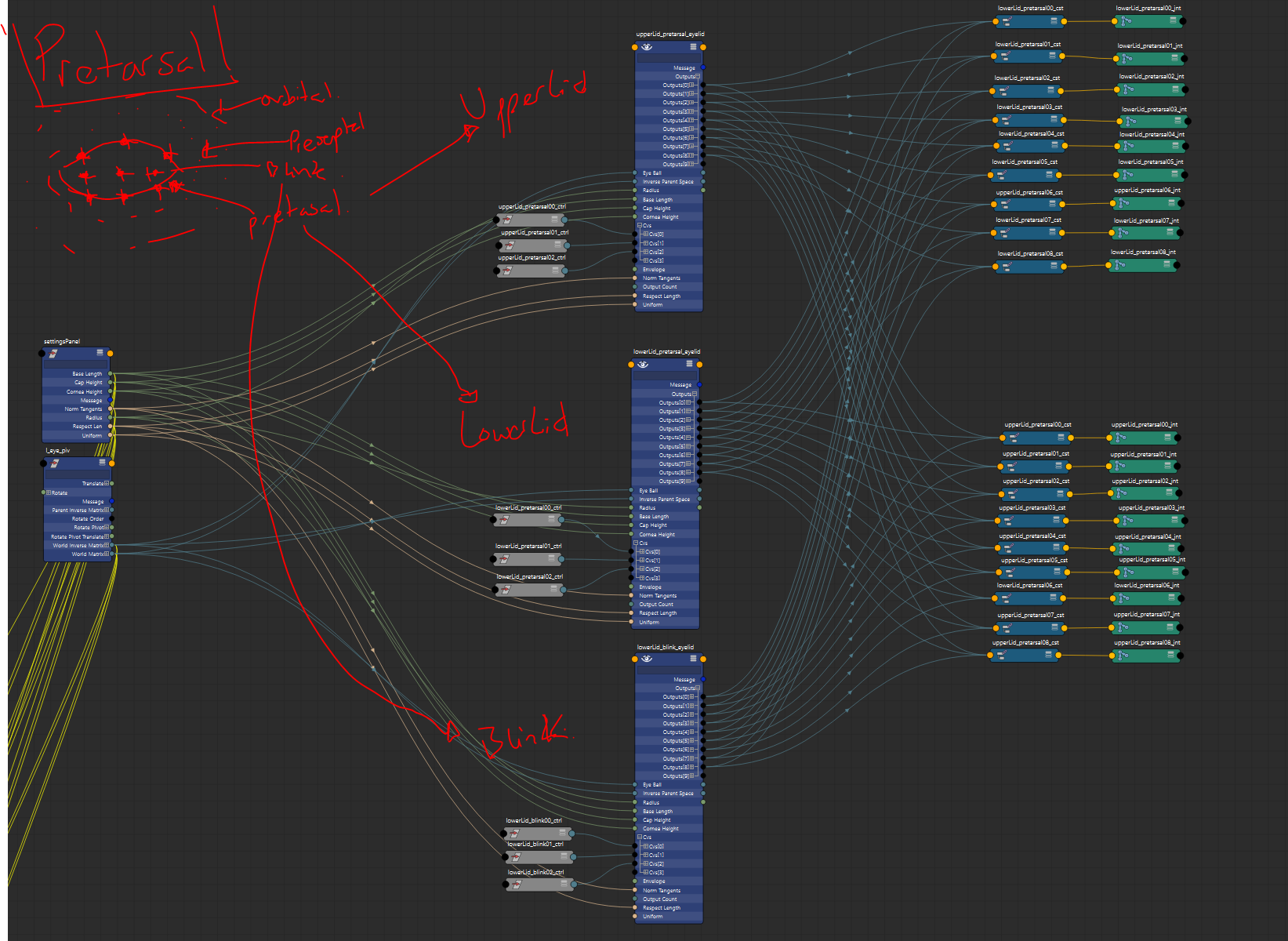 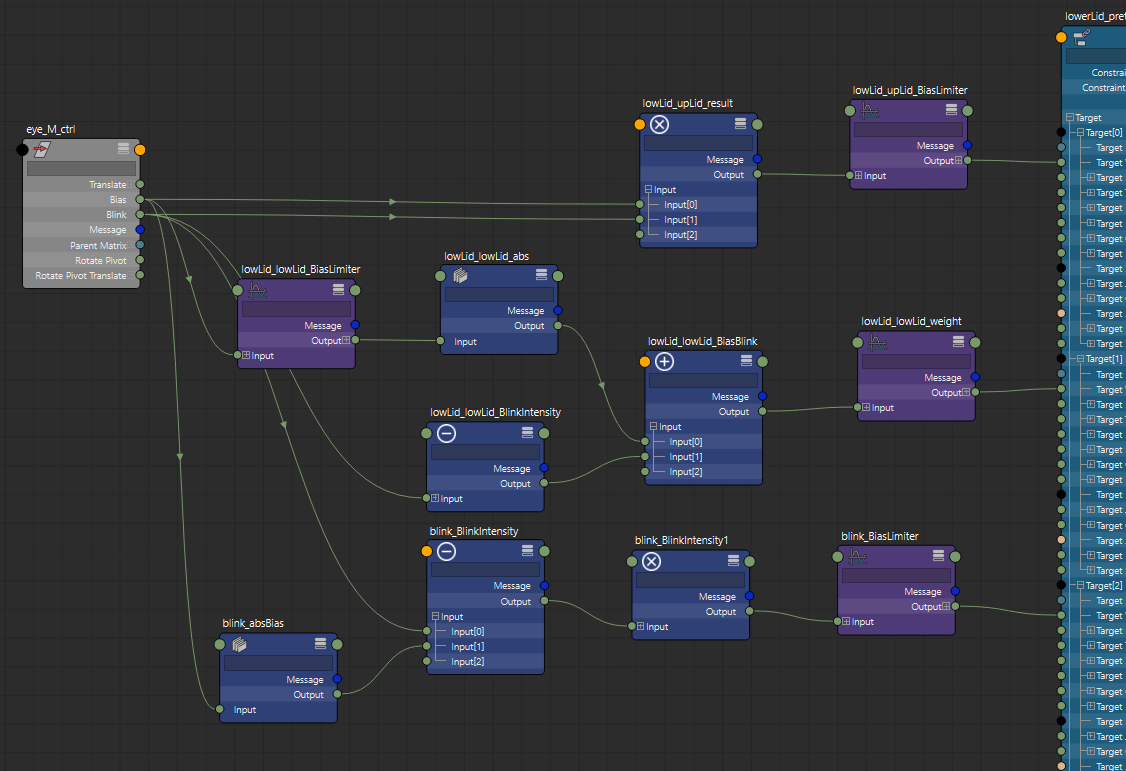 Here’s a look at the joints for the setup loosely weighted in; 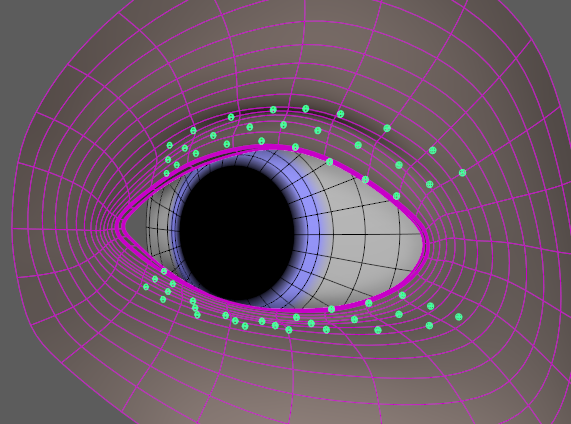 The overall network for the setup; 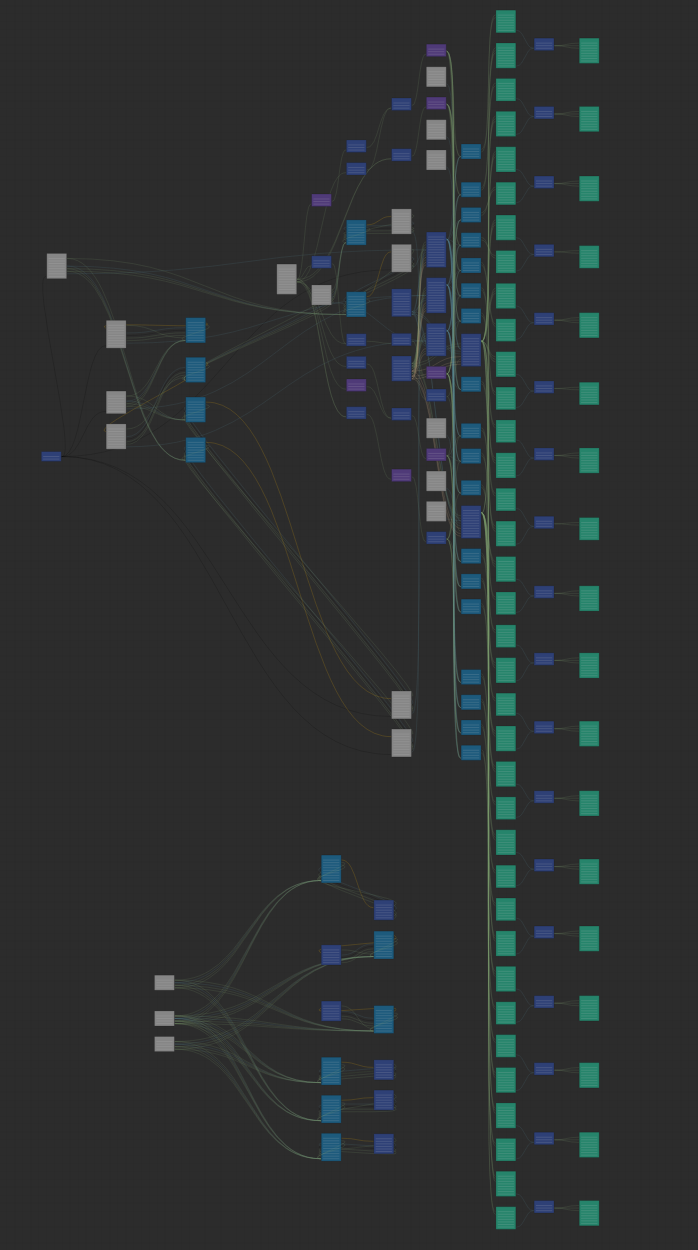 A Tool to help me construct the network; 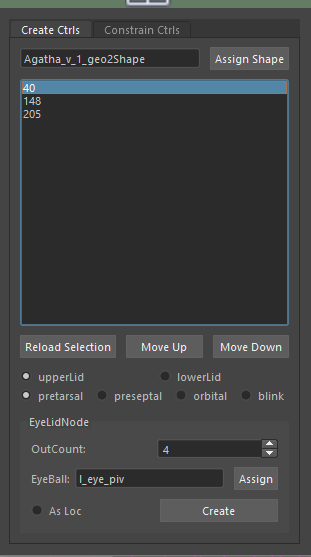 So the downside is that the pretarsals (the ones running through the middle of the lid) are blended between the orbital / pretarsal joints in a linear fashion. So when the bias is too high or low it’s possible for the blend to be too linear and slice through the eyeball.

Other than that, I’d say testing done.

Hope this provided an good look at one approach for lids. Successful? Well it’s definitely holding together for general usage.