If Gifs/Images are not displaying in Chrome try a different browser.

Essentially this means that the components (remember those vertexes, edges faces?) of a 3d object get moved(deformed) in a certain way (twisted, bent, warped etc).

There are a lot of different types of deformers and they generally work on the shape of the geometry, so they “deform” the 3D Object’s components (vertexes, edges, faces etc) directly, rather than it’s transform.

Here’s a shortlist (but not limited to);

Deformation is an interesting area. If you can master 3D deformation then you’re already in a great spot to deliver quality rigs. Sure you need to provide an intuitive interface TO the deformation for the Animatiors, but shit deformation is …. well very fn hard to hide from.

Each deformer has it’s own math to deal with, it’s own inputs / outputs, some might be VERY CPU intensive (thus most are being pushed to GPU as a result).

Deformation at the time of writing this imo is king.

If you deform the mesh badly there is no amount of good timing / weighting / posing an Animator can do to get a scene looking good! That arm just doesn’t look like an arm anymore cause the deformation is … well… shit! :P 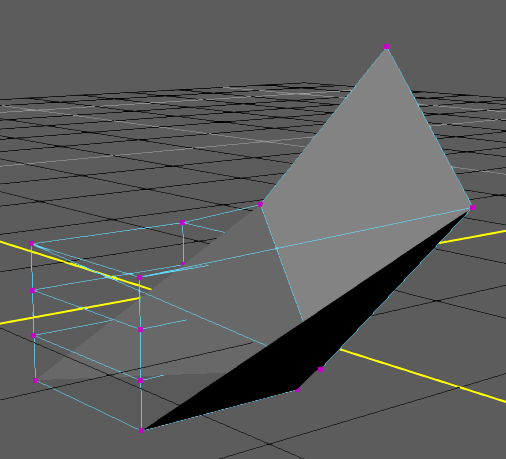 It’s really important you get to understand as many deformers as possible and how to work with these to get all kinds of great results.

“Do I put a slew of lattice deformers through my eyelids? or just use joints? blendshapes`?” etc

There are many fun hack’s / work around’s / approaches out on the internet.

Some are FANTASTIC examples of how to bring your rig down to a slow crawl while trying to solve what is otherwise a straight forward math problem.

Others are strokes of genius hacking together methods to produce a result that would other wise be impossible, and still run at a great speed on the CPU/GPU helping deliver a feature rich rig.

My Advice be discerning! when layering your deformation stack.

If you have a feature rich rig with hundreds of bells and whistles that moves so slowly its impossible to pose… yeah no.

To that end we’re going to cover some fundamental deformation approaches to get a basic rig up and running.

Side note: Also just for fun, you can use direct connections or constraints to control various aspects of deformers, such as intensity, position, rotation etc